A smart speaker is more like a tablet but with amazing sound quality. So, if you find your smartphone screen too small and a tablet screen too big, Amazon Show can fit your choice very well. Nonetheless, you can use it as a speaker, a tablet, or as an Alexa enabled device.

But the most appropriate use of Echo Show is for binge streaming your favorite shows from the various online streaming services, be it Netflix, Hulu, Amazon Prime, Disney+, or Youtube.

But wait what, it doesn’t support YouTube and Netflix. That’s a big bummer. However, it’s logical that an Amazon product would support Amazon Prime streaming services, but before that, it’s important to know why Echo Show doesn’t support Netflix.

Why Can’t You Watch Netflix On Echo Show?

Moreover, watching Netflix on tablets and smartphones is a dreadful experience. Netflix has a lot of viewing content, which makes it bad at being responsive on mobiles and tablets screens. This is one of the reasons that Netflix on the Echo Show won’t be useful as well. The viewing experience doesn’t do any justice to Netflix shows.

However, if you have Echo Show 8 or Echo show 2nd Generation, you can easily stream Netflix on them with the help of Alexa. These Echo Show versions have 8 inch and 10-inch screens respectively.

Forget about Netflix and YouTube; Echo Show still supports a variety of other streaming services apart from Amazon Prime, like Hulu, NBC, and CNN.

The fact is, either of the two companies is least affected by the issue. However, as the demand for streaming services are on the rise, it would be beneficial to resolve the issue before another emerging streaming service takes a toll on them.

How To Watch Netflix On The Echo Show?

If you still want to watch Netflix on Echo Show, even if the navigation may be a huge turnoff, there is always a trick that works. In this case, it’s two. However, one works occasionally, and the second one is more reliable.

If you have the Echo show 8, this trick will work for you just fine. In the remaining Echo Show devices, it’s upon your luck. To watch Netflix or YouTube on Echo Show, follow the steps:

However, it may ask you to download the app version to continue watching, or it can prompt you to switch to portrait mode.

Also, the Echo Show doesn’t have Google Play, so if it asks you to download the Netflix app, you will be unable to do so. This also adds Google to the list of Amazon haters along with Netflix, both of them being big competitors.

This is the most trusted trick to watch Netflix on Echo Show. Here are the steps:

However, this method violates the official policies and isn’t a recommended method at all. Moreover, as it will also require you to switch to portrait mode in the end, it only works for Amazon Echo Show 8.

So, it’s not a trusted method of watching Netflix on the Echo Show either.

We can just wait for both of the companies to resolve their issue with whatever practice one has to follow for having Netflix on Amazon Echo Show.

What Are The Alternatives To Amazon Echo Show To Watch Netflix?

If you are looking forward to buying the Echo Show and are a die-hard fan of Netflix, wait before you make your final decision. Here are our alternative considerations that will work better in your regard.

If you are looking for an Echo Show, go with Echo Show 8, but that will involve your luck too. For a sure shot, you need to buy a device that has inbuilt Netflix on it for at least support Google Play so you can download the Netflix app and enjoy it.

You can go for Amazon Fire Tablet if you want to enjoy both Amazon Prime and Netflix series seamlessly. Moreover, if you are not into Netflix and enjoy alternative streaming services like Hulu and Amazon Prime best, going for the amazing sound quality of Amazon Echo Show won’t be a bad idea too.

How To Make The Best Use Of Echo Show?

If you are one of those regretting customers of the Echo Show waiting for it to enable Netflix, why not just shift your focus to other good things as well in the meanwhile that an Echo show can do.

Echo Show is much more than just a smart speaker, and here’s what all you can do with it.

There are a variety of skills you can add to your Echo Show, which can either be asked from Alexa on voice control or manually through the Alexa app.

You can also enable these skills from the Amazon website. Some of the amazing skills you can delve into on the Amazon Echo Show are:

Echo Show has another level of Jeopardy, an as Alexa skill. Just say Alexa, play Jeopardy! And be all set to get clues on the screen of the question asked. You can spend hours playing and guessing the mind mugging questions. 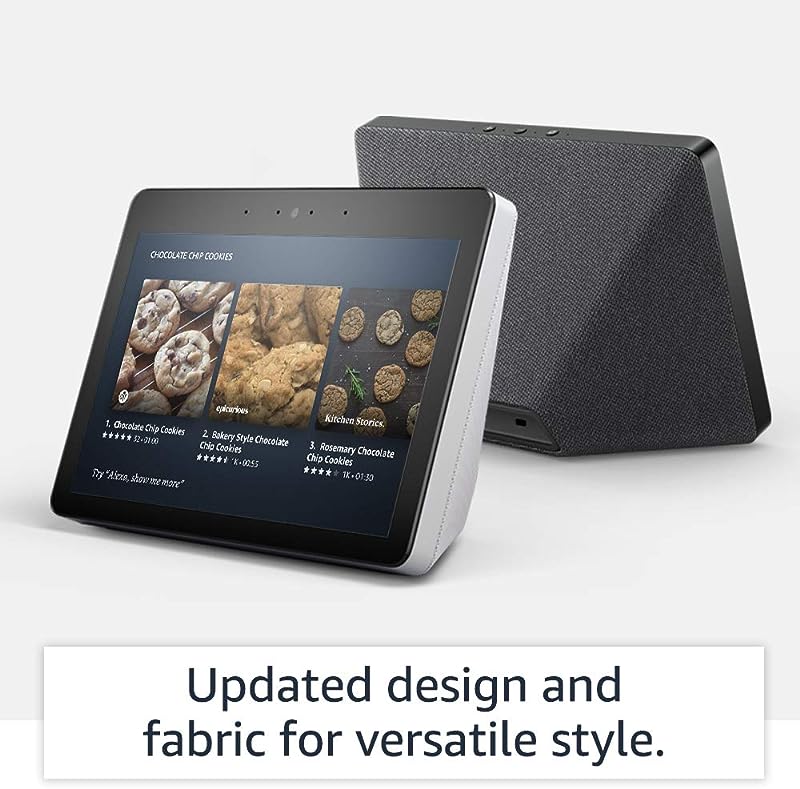 Thinking about what to have for dinner or lunch every day is most annoying. But with the Echo Show, you can have your menu set in no time. Just ask Alexa to show the recipe of your favorite food from Allrecipes, and the process will be displayed before you.

Echo Show also has another similar app Good Housekeeping that even provides you ideas on what to cook today.

Have the Fandango app installed on your Echo Show and get your movie ticket booked in no time. Also, it will make you aware of all the movie trailers and let you watch them all. You can again book tickets for the same by fetching movie theatre location, time, and date.

Not everyone likes to binge-watch shows on Amazon Prime or Netflix. You can sometimes be back to traditional days watching real content. Stream Player does that for you. Just ask Alexa to play Stream Player, and you can watch content from NASA, CBS, Bloomberg, and others.

Along with this, there are many other Echo Show Skills has that will help you watch Netflix on Echo Show. Echo Show is all fun and a good time killer on boring days. It even brings the family together with other multiplayer family games.

I write dozens of helpful informational articles based on topics that I have identified again and again throughout my research and work experience. I am here to help you find the right smart speaker.

link to Sonos Voice Control Review: What You Need To Know About It

Sonos now has its voice control assistant. Sonos speakers do not necessarily require Alexa or Google Assistant for voice control. Not instead of saying Hey Alexa, you can say Hey, Sonos, and talk...

After months of whispers, Sonos has finally unveiled the much anticipated Sub Mini, a new, more compact version of the Sonos Sub subwoofer. The Sonos Sub Mini can link with other Sonos speakers...

I write dozens of helpful informational articles based on topics that I have identified again and again throughout my research and work experience. I am here to help you find the right smart speaker.